Attempting to make sense of parenthood, life, love, and my own mind. 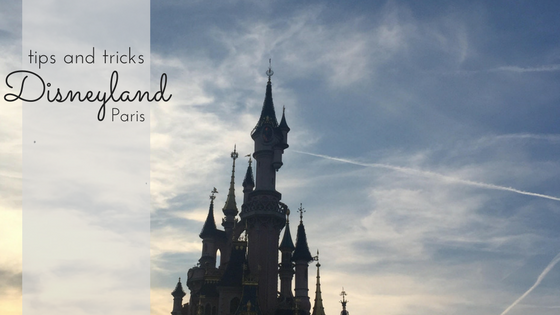 If you follow me on any form of social media you might have picked up on the fact that we were in Disneyland Paris last week? Before we went I trawled hundreds of blogs, reviews, and forums for tips on doing Disney with a Tiny Idiot, however a lot of the tips (and things moaned about) did not match up to our experience at all, so I’ve thrown together my own list of must-dos, must-misses, and must-avoid-at-all-costs!

Plus it’s a great excuse to share some of the photos again. 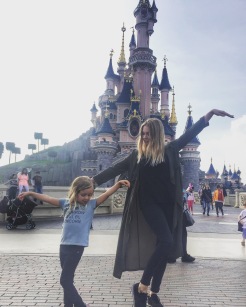 Food
Before we left we were told time and time again that all we would be able to eat for the duration of our stay would be junk food. While four days of burgers and cakes sounded fine to me we were pleasantly surprised to find that this simply isn’t true. Here are some of our top tips when it comes to eating at Disneyland (because let’s be honest, nothing is more important than food).

Rides
We went during term time (because we are awful, terrible parents who don’t care that by taking the Idiot out of school for a week we are completely ruining her chances at ever getting into Oxford) so the park was quieter. That is quieter not quiet. Seems we’re not the only parents not worrying about Oxford. Some of the rides are worth queuing for, others there are ways around even having to queue.

Must-sees
There are so many events and shows around the parks and these are ever changing. These are the things we think you have to make time to see (if you go before September when the season change means the events change). 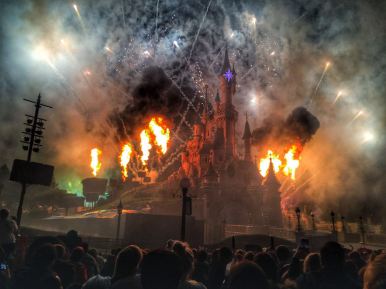 I really can’t talk about how perfect our trip was enough and would recommend it as a trip for anybody of kids this age, it’s not the cheapest or most cultured holiday you could take but it really is magical and the looks in their eyes when they see all of their favourite characters and the incredible scenery it is all worth it. Four days was definitely enough (do not book a week, you’ll need another four to recover) and we did almost everything we wanted to.

We loved every second of our first family holiday together and have made memories that will last a lifetime. I reckon that’s worth risking Oxford for.

Mother to two Tiny Terrors Ball of anxiety, terrible girlfriend. I have a lot of opinions, they are always right. I swear too much and don't like dogs. Attempting to make sense of motherhood, stay semi-sane, and not completely fall apart.

4 thoughts on “Disneyland Paris – my tips”

Shit, pals. This is one of the best works of fiction I’ve read in a long time. I was utterly transfixed throughout. Following the story of four siblings who, as children, are told their death dates by a fortune teller. The novel follows their lives (and deaths) and just how those predictions, and the belief (and lack of belief) in them shaped the way the siblings approach life. Each section of the book focuses on a different sibling, and each time I was SURE I wouldn’t be able to care as much about this one as I did the last. I was so wrong. I loved all of them in all their complex, messy, beautiful ways. Benjamin writes in an indescribable way, she brings you completely into the story and the Gold family and you don’t want to have to leave. Each sibling is so different, their lives are so separate, and their approaches to everything the encounter so unique, yet they are forever joined together. It’s impossible to leave this book without questioning fate, mortality, determinism, and life. The research that went into this book is clear and builds the worlds perfectly. Honestly, I think it might be perfect? This is fiction as fiction should be. Please somebody pick this up for a TV series! This was another @talontedlex recommendation, I’m going to have to convince her to start sharing reviews I think... Content warning: suicide (not detailed) #20SecondBookReview 📚 2/30 for 2020 Aff link in stories
Cake for breakfast requires intense concentration.
Who else is done with winter now? I want bikini sea swims (I’m not as hard as @sophiehellyer!) and sun-dried, salty hair.
Such a beautiful, frosty morning to breath in all the fumes from the hundreds of cars idling to defrost the windscreens 🙃
Good afternoon. I am but a pillow for Reads.
My phone died yesterday. I can already feel the eyes rolling from here but even just 24 hours without it (Barclays tech insurance FTW) really made me realise just how much of a crutch my phone is for my anxiety. From being able to constantly check my route on Maps (or follow it intensely in a taxi), to the ridiculous, mind-numbing games that help stem panic attacks, the music and podcasts that stop my brain overfilling with nonsense, and the ability to be in touch with the people who can talk me down. Everybody talks about how much phones have ruined society, people love to shame others for being on their phones in ‘inappropriate’ moments - remember you don’t know why. (Many, many people require their phones for accessibility - helping them read menus/notifications for meds/maps that show accessibility of shops/stations - to name but a few) So yeah, thank fuck I’ve got my phone back.
I think he missed me 🥰
Did my hair and ate two tins of beans. Successful day.
It’s just me and this one for a few days, this evening we’ll mostly be watching Harry Potter under a duvet on the sofa. Dreamy! 🖤 we don’t get much time just me and her anymore, so it always feels extra special. This photo 😭 so tiny.
The lady of the manor 👸🏻